As mentioned in December, the Macro MRI for the DJIA is just beginning a downleg in its cycle, which takes away a key source of resilience from the stock market. This makes the market less likely to fully recover from bad news or negative economic events. Historically, the downlegs last a few months to a few years. My current projections of the Macro MRI suggest this downleg will last at least a few months. Please see this web page for a discussion of the terminology I use: https://focused15investing.com/language.
However, we are close to the bottom of the Micro cycle, meaning that the Micro MRI may soon begin to provide the market with resilience, which would last several weeks. As of last Friday, the Micro MRI was at the 21st percentile of its levels since 1918 and still in the downleg of its cycle. This suggests that the Micro MRI will reach its lower extreme in a week or so. The Plant/Wait/Harvest designations are heavily influenced by the status of the Micro MRI (https://focused15investing.com/plant-wait-harvest).

When the Micro MRI for the DJIA moves to its upleg, we can expect stock prices to be more resilient and more likely to move higher from where they are now – even if there is little long-term resilience (as indicated by the Macro MRI being in the downleg of its cycle).

This pattern - stock prices moving higher when the long-term trend is down - has different names in the industry, including “dead cat bounce,” “relief rally,” “sucker’s rally,” or “bear market rally.” These terms convey the fleeting nature of the rally. However, I prefer the term “counter-trend rally” because it emphasizes that the short-term rally in stock prices runs counter to the larger downward trend.

In my analyses of counter-trend rallies over the last 100 years for the DJIA, I have found that the rallies have often coincided with both (a) a Macro MRI in the downleg of its cycle and (a) a Micro MRI in its upleg. The burst of resilience in the Micro MRI is often enough to overwhelm the lack of long term (Macro) resilience.

During a counter-trend rally, there is a sigh of relief among investors that the recent declines weren’t worse. But when the short-term cycle ends, that relief gives way to anxiety as prices fall again – often to a level that is lower than where the counter trend rally began.

During the downleg of a Macro cycle that covers several quarters or years, there are likely to be multiple counter-trend rallies. Historically, the Focused 15 Investing approach has done well participating in the upleg of the counter-trend rally and getting out before stock prices fall and follow the long-term trend down.

At the end of last November, the Federal Reserve announced that it would fight inflation and allow interest rates to increase. This event accelerated a change that was already underway in the markets and detected by the MRI.  I saw that the algorithms were likely to be out of sync with the projected stock market MRI conditions for the December 2021 through early February 2022 period.  I concluded that there may not be enough time for the models to become better synchronized before prices fell. I decided to take steps to reduce the aggressiveness of our accounts by increasing the suggested levels of cash. My caution at that time may prove to have been too conservative if prices rebound sharply from where they are now (1/26/2022) and move higher, but I believe the probability of that happening is low. The Federal Reserve, which in the last has taken steps to calm the markets has indicated that it is less willing to do so. Plus, the Macro MRI is more solidly in the downleg of its cycle.

With the end of Covid-related stimulus and expectations for higher inflation and interest rates that have not been experienced for decades, the markets will need to recalibrate on many levels. We are in the period of recalibration that I mentioned in early December: https://focused15investing.com/blog/f/after-near-term-recalibration-stock-market-is-likely-to-do-well.

The current plan is to follow the models and algorithms to participate in any counter-trend rallies, but do so with higher levels of Box #2 Cash and/or a shift to Box #3 Target Weight shift. We will be looking for a more definitive bottom in the stock market before shifting to a more aggressive stance.

We are now in a market with low long-term resilience; the Macro MRI for the DJIA is in its downleg. The DJIA can move higher than it is now, but those gains are likely to be temporary. Other major stock indexes are currently in the same condition. The current conditions appear similar to the period from 2000 to 2003. This period was when the Dotcom bubble deflated. The Macro MRI was in the downleg of its cycle during this entire period. Let’s take a closer look at that period. 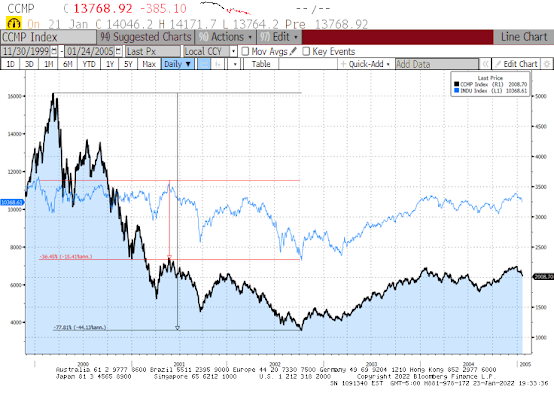 Focusing just on the DJIA during the period 2000 to the market bottom in 2002, one can see that the declines of that period did not happen all at once or consistently over this 2+ year period. The long-term decline was punctuated by short-term declines and recoveries. These can be considered counter-trend rallies.

Chart 2 (below) shows the DJIA x2 Loss-Avoiding (blue line) and the Onyx (purple line) sleeves from January 2000 through late 2005 on a log scale. One can see that the DJIA sleeve (blue) generally increased over time through to 2003. Onyx (purple) did as well. The entire chart is shown in Note 1. 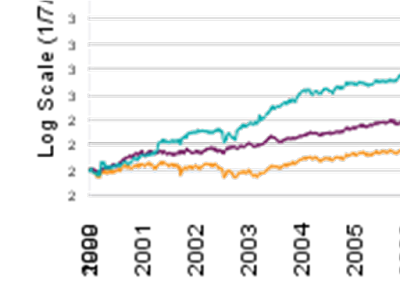 A sharp decline in the NASDAQ and other growth sectors may be underway now, just as in the 2000-2003 period, but additional dynamics are affecting the markets. It appears that both inflation and interest rates are beginning rising trends. The last time we had high interest rates and inflation was in the 1970s and early 1980s.

Our DJIA loss-avoiding sleeves did well during the period of high inflation and interest rates, as shown in the ellipse in Chart 3 (below), which is on a log scale. The performance of the DJIA Loss-Avoiding sleeve is shown below by the green line from 1966 to last Friday. The performance of the DJIA is shown by the red line. A vertical line is shown at the date 1/7/2000 for reference. 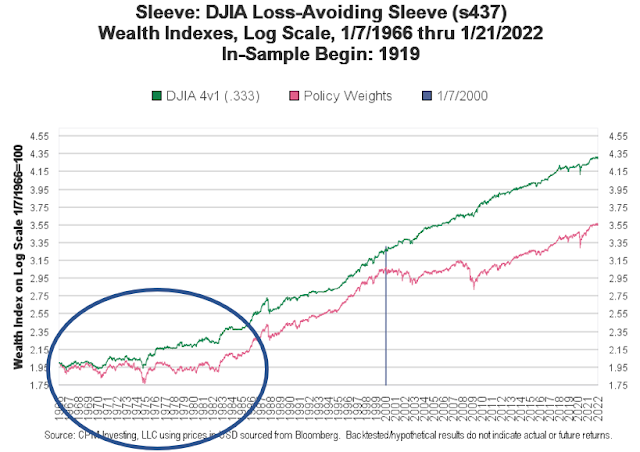 Viewing the long-term history of the DJIA and our investment approach, the approach does well when the market is not in a strong ascending trend. One can see the strong ascent of the DJIA in the late 1990s – just to the left of the vertical line. The approach had positive returns but these returns were not as strong as simply holding the DJIA (red line).

The Onyx sleeve does not go back to the 1970s (because of data limitations), so we cannot make similar comparisons for Onyx. However, many investment strategists believe the Consumer Staples sector of the S&P 500 (ETF “XLP), which is one of the four ETFs in the Onyx sleeve, is likely to do well during times of inflation. See Note 2, below for a recent reference to this sector.

The current situation may be more complicated than the two periods discussed, but I believe the markets will adapt. The important point to keep in mind is that we need to stay engaged with the stock, bond, and other markets over time. Investing is a very good way to protect and enhance our wealth in times of inflation - even periods of low inflation. The importance of investing in stocks is discussed in my December post: https://focused15investing.com/blog/f/after-near-term-recalibration-stock-market-is-likely-to-do-well.

2. Changes to the Publications

In order to navigate this market landscape more successfully, I will implement a few changes to the publication at the next Plant season. Many of these have already been made in the Sapphire publication.
I will describe these changes in more detail when they are implemented.

Please contact me with questions or if you have any concerns about these changes. 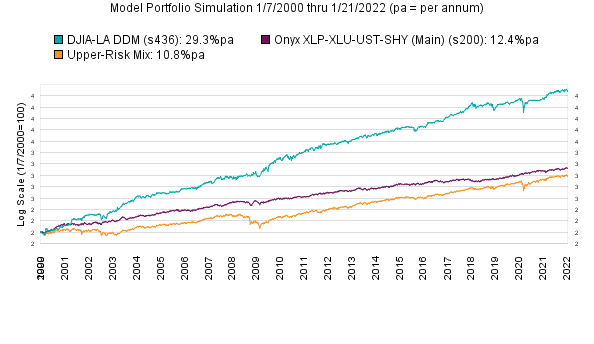 2. “Here's Why You Should Invest in Consumer Staples ETFs” - Investors can consider putting their money in non-cyclical consumer staples amid an economic recession. This largely defensive sector is found to have a low correlation factor with economic cycles. Read in Entrepreneur: https://apple.news/A-f2mDy4MSwmJ40D6KasUqw